Ansible: Gateway to IT Automation 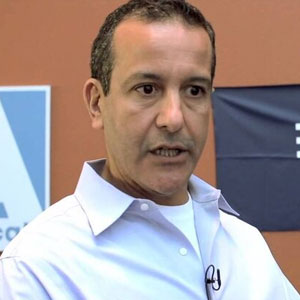 Said Ziouani, CEO
Today, various IT operations teams use different tools and methods to administer and manage environment silos. With the pace of IT change increasing rapidly, there are numerous solutions that support continuous integration in such environment as manual methods can’t survive the run. An agile change and configuration management process is required to support nimble development. Meeting this demand, Ansible’s powerful automation engine brings a new aspect of IT automation to the enterprise. Administrators, developers and IT managers use Ansible as it is the simplest solution for configuration management that is designed to be minimal in nature, consistent, secure, and highly reliable, with an extremely low learning curve. It also makes systems and applications simple to deploy without custom scripting. Built as a cloud native tool, Ansible manages both on-premise and cloud instances seamlessly. Having a very low attack surface area, it is quite easy to deploy Ansible into new environments.

Various organizations have chosen Ansible to augment the efficiency of their workflows from the collaboration standpoint. In one instance, Ansible assisted Lifesum-digital health startup company as they needed a simple and powerful tool for configuration management, application deployment and server provisioning. The Lifesum primary platform consisted of applications for iOS, Android and web and their infrastructure was hosted on Amazon Web Services primarily using Ubuntu 12.04 LTS on application servers.

Prior to this, provisioning and managing multiple environments was posing to be a big problem. With Ansible, the customer was able to automate, significantly simplify and speed up the process of dynamic resources scaling. Ansible also aided the customer in adhoc remote commands, both across the whole infrastructure, and in specific environments requiring minor configuration changes and service administration.

The boon about Ansible and having infrastructure as code is that, every instance can be rebuilt and reconfigured within minutes instead of hours. Developers can focus on building and delivering great product features instead of solving inconsistencies, misconfigurations and software version problems. Ansible released agentless support for managing Windows environments, using PowerShell remoting and now Ansible can be used in mixed Linux, Unix, Windows and cloud environments. “We have lots of inquiries about Windows support in Ansible and want the end experience for Windows users to feel more native,” describes Said Ziouani, CEO, Ansible. The firm indulges in learning about ways to make Ansible better as a product from their user base as it opens countless new doors of opportunities in the future.

Ansible automation is a strong horizontal play. In the coming years, the firm’s focus is on networking automation, cloud (public and private), security, analytics and containerization. Adding deep and wide value across most technologies, the firm intends to deliver ingenious technology with the passion to enhance every client’s workplace and the commitment to make the workflow easier. On a progressive note, “Ansible has established itself as a strong brand in IT and expects to see itself as the easiest IT automation system to use in future,” concludes Ziouani.