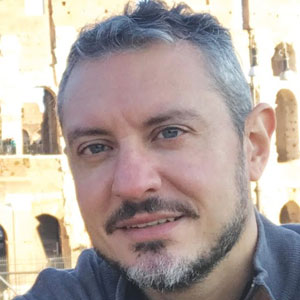 Said Ziouani, Co founder & CEO
The ability to scan a face among a crowd and identify it used to be a science-fiction. It is now a reality as facial recognition technology is considered crucial for video surveillance which is being deployed globally as a part of security strategy. For instance, European countries are eagerly making transition fromprivacy centric to security centric strategies, in wake of recent attacks. These countries’ governments are prompted to seriously consider video surveillance as a security solution to safeguard crowded environments such as stadiums and auditoriums, as well as public spaces, stations and airports.

Headquartered in Barcelona, Herta Security has the exact solution to address the security needs, with its Bio Surveillance lines of products, specially designed for security purposes and optimized for environments with large crowds. The launch of their software version 3.0, last month “is a huge milestone for us because it improves by far the previous version,” explains Javier Rodriguez, CEO of the company. “Our current software is faster, more accurate and able to compare 1 to 35 million faces in less than one second, working from a resolution as low as 24 pixels between eyes.” It can quickly identify VIP customers and exclude people that are blacklisted, and works as well with people on the move and partially hidden features. Another product line is geared towards marketing analytics and focuses on obtaining features such as age, gender and ethnicity.

The software offers both online and offline probes: working online for security and video surveillance with IP cameras and access control, or offline to compare images or look for a specific face on a recorded video. Their main facial recognition feature is based exclusively on GPU (Graphic Process Unit) that can integrate with most third-party systems. “We are able to connect our software to our client’s cameras and created an interface that makes it really easy – almost plug and play,” continues Rodriguez. Partnering with different VMS companies has helped Herta Security reach new projects and new customers.

Our current software is faster, more accurate and able to compare 1 to 35 million faces in less than one second, working from a resolution as low as 24 pixels between eyes

The company’s organization emphasizes communication and collaboration, the team working closely together and addressing any pending issues during the daily morning meeting. Customer support “is one of our strong points: our customers are really happy with our support team,” says Rodriguez. They offer free support during office hours and provide the help needed during the implementation phase to ensure their clients get quickly familiar with the technology. But, “we do not have many inquiries as the technology performs very well.”

Herta Security has been working with different police forces all over the world, with casinos in different countries, five football (soccer) stadiums and was the facial recognition providers during the January’s Golden Globes in Los Angeles. Another prestigious milestone will be reached when their system will be deployed in April in the Centenario Stadium in Uruguay.

Herta’s team is constantly watching new trends, figuring out what the next technology will be. Their growing portfolio of success stories enables them now to plan for global expansion. It is only the beginning for a technology in constant progression, with a range of applications that will no doubt be growing in parallel. 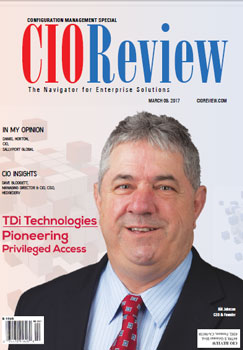