A Guide to Configuration Management

A Guide to Configuration Management 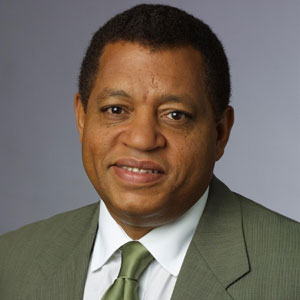 What is Configuration Management?

Although configuration management (CM) has been around for over 75 years, if you were to ask 10 individuals what it is you will most likely get 10 different meanings. At its most fundamental level, configuration management is a structured process accommodating change and perpetually documenting how a physical system is configured. Over the years, numerous organizations and industries have developed various CM definitions. The Project Management Institute defines CM as “A subsystem of the overall project management information system that includes the process for submitting proposed changes, tracking systems for reviewing and approving proposed changes, defining approval levels for authorizing changes, and providing a method to validate approved changes.”  The American National Standards Institute defines CM as “A management process for establishing and maintaining consistency of a product’s performance, functional, and physical attributes with its requirements, design, and operational information throughout its life.”

In the missile race of the 1950s, numerous prototypes were built, but these were under documented or not documented at all. This meant that items were unnecessarily duplicated or added, which lead to high costs and mixed success. The US Dept. of Defense (DoD) took the lead in mandating Configuration Management for hardware. They issued Army, Navy, Air Force (ANA) Bulletin No. 390 and 390A (1953), which described the “engineering change proposal” or ECP. The ECP includes the proposed change and the documentation through which the change is described in detail. Subsequently, the nuclear industry adopted CM to track equipment changes affecting operational safety, and today CM is actively used in many industries, including the software development industry to manage version control through tracking software modifications. In 1995, CM was formalized as an ISO 10007 quality management process.

The Need for Configuration Management

Changes are and continue to be an inevitable part of any project. As a matter of fact, studies have shown that most projects will experience significant cost overruns and schedule delays. This is particularly true when it involves large complex projects whether in the Information Technology sector or the infrastructure, transportation engineering and construction industry. In the United States, we spend more than $250 billion each year on IT application development and approximately $1 Trillion is invested annually by the public and private sector in new construction projects. The Standish Group research shows a staggering 31.1 percent of IT projects will be cancelled before they ever get completed. Further results indicate 52.7 percent of projects will cost 189 percent of their original estimates. Unfortunately, construction projects regularly still make the news headlines, not for being remarkable engineering accomplishments that will support and stimulate economic growth and social integration of communities, but rather for being poorly managed and often over budgeted. A significant number of construction projects routinely overrun their cost estimates. According to the works of Flyvbjerg et al. (2002), infrastructure projects are reported to have an 86 percent probability of outrunning their set cost targets. The average size of these overruns can be as high as 45 percent for rail projects, 34 percent for bridges and 20 percent for road projects. Love et al (2012) and Odeck (2004) on the other hand found that overruns could be as high as 70 percent and 183 percent more than the initial estimate respectively.

One area where CM is beginning to be applied is in the civil engineering and construction industries, albeit sporadically and not including all aspects of Configuration Management. Which begs the question, what exactly is Configuration Management, and how does it benefit civil engineering and construction projects? Simply put, CM is the detailed recording and updating of information to be able to manage all the changes that occur in a project. CM Plans provides technical and administrative direction to the development and implementation of the procedures, functions, services, tools, processes, and resources required to successfully develop and support a complex project.

In terms of application to civil engineering and construction projects, one familiar with the industry knows that changes are an inevitable part of the design and construction of any large-scale project. Even the best set of plans and detail specifications are no guarantee that a project will not experience numerous changes. These changes are the primary drivers behind scope creep, schedule slippage, cost overruns, and claims. Often, these changes go unnoticed by the project team until the impact has already been made. However, by establishing baseline, cost, change, and document management processes as part of a comprehensive CM methodology, all changes in budget, scope, schedule, and deliverables are recorded in real time in order to establish the baseline at each moment in the project.

Just as in IT configuration management, where one can use CM software to see the history of each exact configuration to identify problems in a configuration, if correctly implemented on a project, CM will provide a complete, auditable record of all changes made during the lifecycle of a project, a virtual snapshot in time of every step of a project’s history, allowing for the project team to perform root cause analysis, impact analysis, and hence effective change management.

One such CM application was tested in a case study by Los Angeles County Metropolitan Transit Agency (LACMTA) in which the efficacy of CM was measured through comparing the 80 percent complete construction of the 1st and 2nd segments of the Red Line, a $5.3 billion rail construction program, on which the CM software was implemented on the 2nd segment, and the 1st segment acted as the control. On comparing the two, the study found the CM implementation resulted in a 90 percent reduction in contractor change orders and claims, 50 percent reduction in cost growth at completion versus awarded contract value, and 60 percent reduction in administrative costs, which alone resulted in more than $10 million in savings, indicating a benefit of using CM on large-scale infrastructure projects. Thus, the application was the only such solution ever awarded the National Lessons Learned Program Certification from the Federal Transit Administration (FTA).

Addteq: Automation of DevOps Made Possible

OpenMake Software: A Shift to Next Level Configuration Management through Automation

Ansible: Gateway to IT Automation

Unlocking the Value of Connected Cars

Comprehensible Distribution of Training and Information...

The Current Focus is On Comprehensive Solutions

Big Data Analytics and Its Impact on the Supply Chain

Carmax, the Automobile Business with IT at the Core

The CIO's role in rethinking the scope of EPM for...

Transformative Impact On The IT Landscape

Get Ready for an IT Renaissance: Brought to You by Big...

Technology to Leverage and Enable

Speed is the Name of the Game

Advancing Customer Experience in an Ever- Evolving Hospitality Sector

Laying the Foundation of a Satisfying Commuter Experience